As pot becomes legal in more and more U.S. states, we’re seeing major shifts in business models for cannabis companies as well as a shift on the consumer level towards buying weed online instead of at stores. In this article, I’ll discuss how legalization has been good for consumers and how that trend can lead to other use cases like blockchain-powered games. 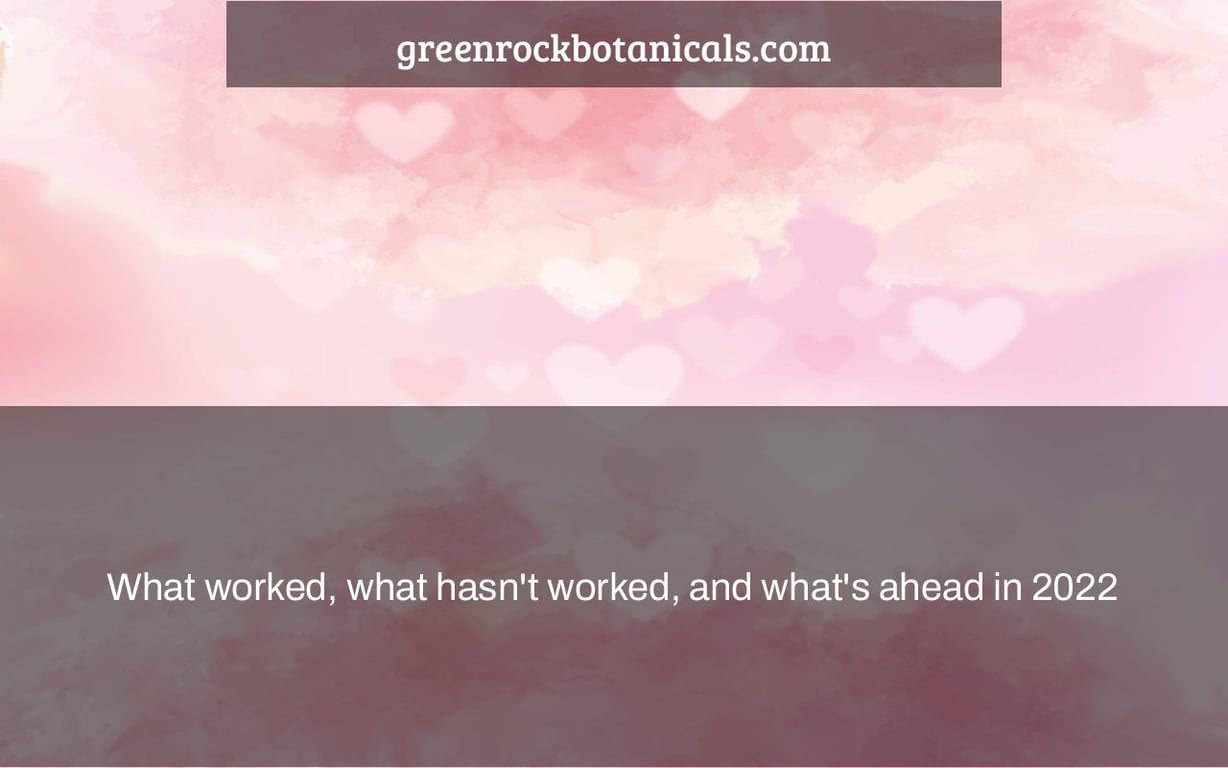 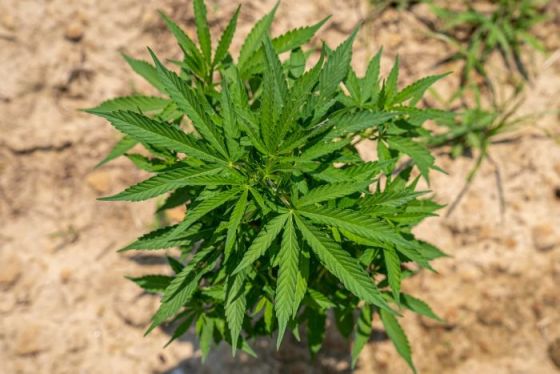 Virginia became the first southern state to legalize adult marijuana possession and use on April 8, and Gov. Ralph Northam signed the measure into law on July 1.

After an intensive legislative process putting together the 300-page bill proposed by Sen. Adam Ebbin and Senate President pro tempore Louise Lucas, then-House Majority Leader Del. Charniele Herring, D-Alexandria, declared, “It is a big day for equality in the Commonwealth.”

“I am very thrilled to have been able to pass this momentous legislation, and Virginia is now the first state in the South to allow recreational marijuana usage,” Herring said.

However, not everyone agreed with the choice.

It’s been over six months since the Commonwealth of Virginia legalized marijuana, but a big change is about to take place in Richmond, thanks to an 11th-hour re-enactment provision set to be debated during the 2022 General Assembly session. What does this imply for the next year?

What worked for you

Legalization’s main goal is to decrease crime and eliminate criminalization. One aspect of justice that has occurred is the sealing of records. On July 1, marijuana violations were automatically sealed. According to the state agency’s website, Cannabis Virginia, this comes after the sealing of basic marijuana possession records, which was completed in 2020.

“And, perhaps, a financial savings to law enforcement by not pursuing these small crimes,” said NORML Development Director JM Pedini, who is also the executive director of the organization’s state branch, Virginia NORML.

According to a Virginia State Police report dated August 2021, 333,806 records were sealed for simple possession. More than 64,651 misdemeanor distribution charges were sealed, and 395,747 records of minor violations, erroneous reports, or non-mandatory reports were erased entirely.

According to Sen. Ebbin’s office, Virginia State Police has started the process, which includes meeting with key state institutions and drafting a scope of work to start the public bidding process. The new database will replace a legacy database that is more than 30 years old, improving data collecting and providing unique features for searching, sealing, and expunging documents while saving the Commonwealth millions of dollars.

According to the state’s cannabis website, all records for simple or misdemeanor possession with the intent to distribute marijuana, including arrests, charges, and convictions, will be automatically sealed across all state and private databases by July 1, 2025.

Adults 21 and older will be able to cultivate up to four marijuana plants per home for personal use starting July 1, 2021, but due to half-baked legislation, no one will be able to legally acquire seeds or clone plants in the state to do so.

There are currently no sales outside of the medicinal marijuana program.

What hasn’t worked in the past

It needs the law to pass in its current form in the 2022 General Assembly session.

“For Virginians, the reenactment clause didn’t work. “Leaving licensing for a second session and leaving so many things undone didn’t work,” Pedini added.

Things got a bit heated on social media between Virginia Democratic Sen. Scott Surovell and the National Organization for the Reform of Marijuana Laws when the senator brought up a what-if scenario, which was seen as a negative move by marijuana reform proponents. NORML punched back that there is only one what-if scenario: no reenactment clause.

“It would be far more difficult to strike a settlement with a split government,” Pedini added. “Finding consensus among Democrats, as well as between the House and the Senate, was challenging enough. Now we must get an agreement not just between chambers, but also between parties.”

The Virginia Cannabis Control Authority, a new, independent council to govern the marijuana sector, issue company licenses, develop health and safety requirements, and encourage diversity within the industry, was established on July 1 as part of last year’s legislation.

Why hasn’t it been successful? The state has failed to fill fundamental roles or recruit a chief executive officer, despite the fact that it was supposed to meet six months ago. Northam appointed members to the board of directors on July 19. The board of directors and future CEO will be in charge of developing an adult-use marketplace.

Job descriptions for the state’s agency have been released, but it seems that due to the change in government, they are having difficulty hiring a chief executive officer. When Gov.-elect Glenn Youngkin enters office in January, someone may accept the six-figure salary and be fired.

Sen. Jeremy McPike, D-Prince William, chairman of the Senate Rehabilitation and Social Services Subcommittee on Marijuana, and Del. Will Morefield, R-Tazewell, who serves on the subcommittee as a member of the House, were contacted for comment on Dec. 1 and Dec. 6. We have yet to get a response.

What will the General Assembly session of 2022 entail?

“As is a normal approach taken by states when they expand from medical to adult-use,” Pedini added, “legislation will be introduced in the 2022 General Assembly to enable adult-use sales via current medical operators.” “As people noisily demand legal access to adult-use cannabis sooner rather than later, there is rising support among Virginia politicians for implementing such a legislation.”

Re-sentencing, expungement, and licensing are all examples of social equality.

“Virginia residents will be able to ask a court to have all other marijuana-related misdemeanors and crimes sealed. These measures would update the Commonwealth’s criminal record-keeping systems and reduce impediments to employment, housing, and education for Virginians “according to the cannabis website of the state.

Hearings for resentencing are likely to take place in 2022.

According to a presentation to the Virginia Cannabis Oversight Commission on Oct. 14 by Gracie Burger, state policy director of the Last Prisoner Project, and Chelsie Higgs Wise, executive director of Marijuana Justice Virginia, social equity policy goals “are more likely to be achieved if the state (e.g. DOC/prosecutors) identifies people and cases that meet objective criteria for possible resentencing and release, and initiates the process,” social equity policy goals “are more likely Throughout the procedure, it is advised that you stick to a strict timeframe.

The social justice license scheme was also included in last year’s cannabis law. Graduating from a historically black college or university, residing in a jurisdiction disproportionately targeted by police for marijuana arrests or that is economically distressed, or being convicted of misdemeanor marijuana violations, or being a relative of someone who has been convicted, are all requirements for obtaining a social equity license.

“I’m not sure I’d call it an equitable program,” she says “During last year’s legislative sessions, Del. Glenn Davis, R-Virginia Beach, noted. “It’s what I’d call a “give a felon a job” program.”

Will social equity licenses be jeopardized during re-enactment with a new Republican governor and Republican House majority in the next year?

On December 1 and 6, the News Leader contacted Del. Don Scott, D-Portsmouth, for comment on the future of social equality initiatives. We have yet to get a response.

Pedini said that the Senate wants to create something. However, it is unclear how that will be accomplished. “That’ll be the focus of the meeting: how many concessions can we reach.”

Is marijuana legalization in peril now that a Republican governor has been elected? Glenn Youngkin’s campaign team responded on Twitter that he would not pursue repeal of the law.

What about the medical marijuana dispensary in Staunton that was slated to open?

Medical cannabis legislation is not included in the bill that will be re-enacted in 2022. However, it might be perplexing for patients who have been waiting for a dispensary to open near their home. Patients who are registered for medicinal cannabis in Health Service Region I, which includes Staunton, can expect to wait another year or two before a facility opens in the area.

For Staunton, it means waiting for a lawsuit, which is now through a year-long trial, to see whether the city is still in the race for a medical cannabis shop.

It involves traveling hours to a dispensary in another area of the state to receive medication for patients and caretakers.

On December 18, 2020, a pretrial motion was heard. The Virginia Board of Pharmacy was then directed by the Henrico County Circuit Court to stop examining applications for a pharmaceutical processor permit in Health Service Area I until further order by the Court on Jan. 14, 2021.

On Nov. 19, the Henrico County Circuit Court heard oral arguments in preparation for the trial.

“The Board of Pharmacy is awaiting the judge’s ruling, but it is uncertain when that decision will be issued,” said Diane Powers, communications director for the Virginia Department of Health Professions, echoing a similar comment given to The News Leader on March 18.

If MedMen’s PharmaCann Virginia loses the case, the health region’s conditional permission applications will not have to be resubmitted. The injunction would be reviewed by the Virginia Board of Pharmacy.

A: Currently, the global population growth rate is 1.1% per year. In 2021, it will be estimated that there are around 80 million new workers entering the world market every year and by 2022 this number should increase to 100 million people on a yearly basis. The reason for this trend is mainly due to an aging global workforce with more deaths than births worldwide in many countries while birth rates have remained relatively low across most of Europe and North America

What is the future of work?

A: The future of work is not certain, but it has the potential to be a lot more interesting than what we see today.

What are some workplace trends?

A: Many of the trends in workplace culture are driven by technology, with innovations like Slack and other communication tools becoming increasingly popular. One trend that has become more common is to use a chorebot as an assistant for routine tasks such as checking email or picking up snacks from the break room fridge.