A firefighter in Ogden, Utah is being suspended for having a medical marijuana card. This decision comes from the city manager and will now be put to a vote at the December 3rd meeting of City Councils. What do you think about this? 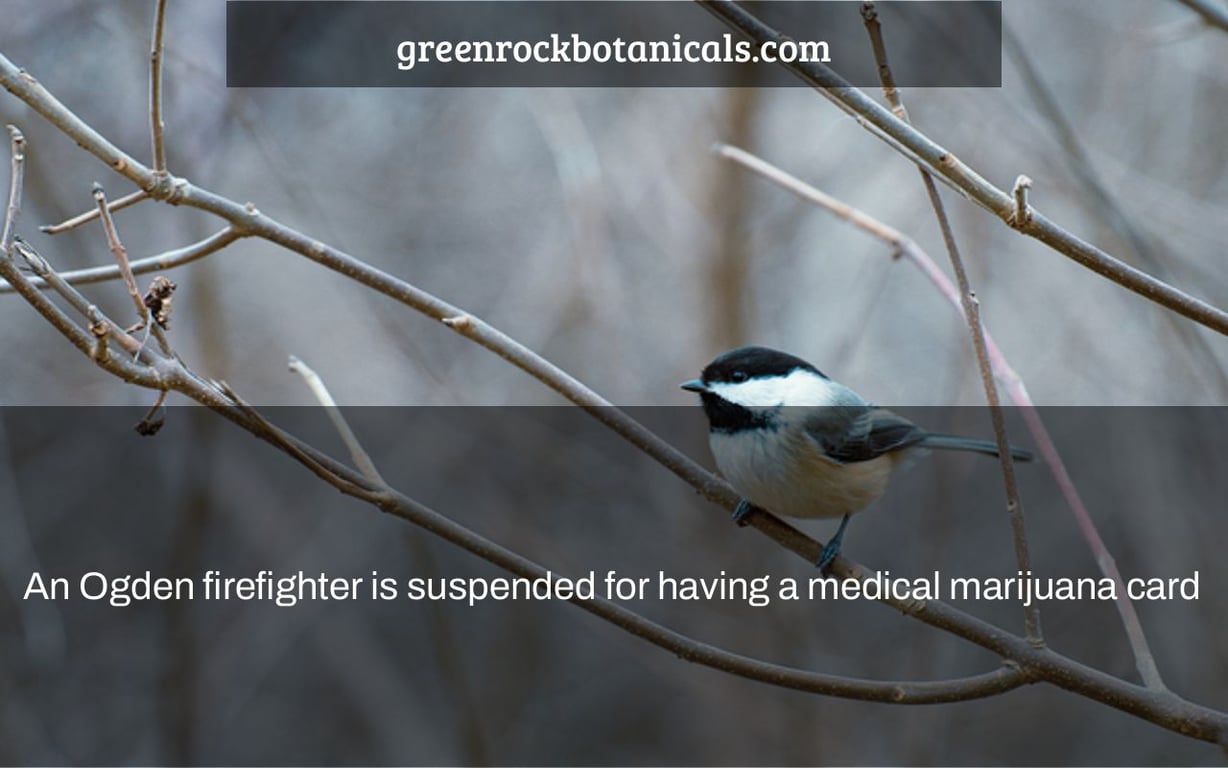 According to a complaint, the city broke state law when it placed the fireman on unpaid leave for refusing to give up his medicinal cannabis card. Several legislators are in agreement.

With more than a decade, Levi Coleman has served as a fireman for the Ogden City Fire Department.

Coleman, on the other hand, has been on unpaid leave from the department since September, burning sick leave and vacation time while attempting to be reinstated. The fact that he was given medicinal cannabis was his crime.

He is now suing the city in an attempt to reclaim his employment and regain his lost pay.

Coleman was given medicinal marijuana by a doctor in June. Ogden Municipal established a new drug and alcohol policy two months later, requiring city workers to declare if they are taking any prescription medicine that may impair them if they are called in from off-duty status.

Coleman, who is also a paramedic, followed through, informing Deputy Chief Michael Slater of the cannabis prescription on Aug. 31. He followed up two days later with a text message verifying the chief had read the initial e-mail, according to the complaint.

Coleman claims that Ogden City is breaking state law, which states that medical cannabis is no different than any other medication prescribed by a doctor, and that state and local governments “shall treat an employee’s use of medical cannabis… the same way the state or political subdivision treats employee use of any prescribed controlled substance.”

State law also bans an employer from retaliating against an employee unless the person is causing a safety hazard on the workplace.

“This fireman is abiding by state regulations. Coleman’s employer isn’t, according to Jack Tidrow, president of the Professional Firefighters of Utah, who represents him.

“All we want to do now is get this fixed as soon as possible.”

Coleman, according to Tidrow, is a top-notch fireman who routinely ranks first in the department on physical agility tests.

Coleman is still working and attempting to work through the concerns, according to Brandon Crowther, an attorney representing the city in the case.

“They haven’t made a final judgment yet,” Crowther added, “and are attempting to balance the safety of civilians and firemen against the individual freedom of firefighters to use medicinal cannabis.”

Three additional Ogden firemen were placed on paid leave and voluntarily resigned their cannabis cards, according to Desiree Hennessy, executive director of medical marijuana advocacy group Utah Patients Coalition. She claims to have talked with firemen from the Unified Fire Department who have done the same.

“We have firefighters and police officers that have experienced emotional and physical stress on the job,” Hennessy added.

“There’s no reason they shouldn’t be able to use medicinal cannabis while they’re not on duty.” We’ve never encouraged for someone to come up to work while under the influence of a mind-altering substance… But they’re using it off-duty in this situation, so it won’t impair their employment, and they deserve it just like everyone else.”

Sen. Daniel Thatcher, R-Magna, is proposing legislation that states that disciplinary action cannot be done against an employee for just having a medicinal cannabis card, citing the scenario in Ogden as the basis for the proposal during a recent committee hearing.

Thatcher said, “What is happening to him is very well out of bounds.”

Last month, the Government Operations Committee unanimously supported the measure, which will be heard by the Legislature when it convenes in January.

“We have a moral commitment to that individual,” Thatcher continued, “even if it’s occurring to one person and it’s plainly beyond the original scope of the statute.”

However, the Legislature must go far further.

As you may have noted, the law’s safeguards only apply to government workers at the moment. Coleman, in this regard, is likely to be more protected than the majority of Utahns who would find themselves in a similar scenario. The Legislature simply did not want to tell private companies who they could and could not fire, after doing so lately in the case of COVID-19 immunizations.

Patients in Utah should have the basic right to take the drugs recommended by their physicians without fear of losing their jobs.